We are now accepting Afterpay

Turning the discomfort of criticism into a turning point in your career.

Editor of Cosmopolitan, founding editor of Women’s Health and official Sweaty Betty, it is safe to say we are big fans of Farrah Storr. We’re all about balance, so we are especially excited to hear about the release of her new book, The Discomfort Zone: How to Get What You Want by Living Fearlessly. Based on her theory, you have to push through what she calls "brief moments of discomfort" in order to get to where you need to be. Filled with interesting anecdotes and practical advice from Farrah herself, this is set to become a manual for working women. Here in an exclusive extract she explains why ‘HIIT training your life’ really works...

A few years ago I found myself at a hotel that advertised itself as having a run club. I had a few hours to while away, had demolished most of the breakfast bar and so, as I tend to do when guilt gets the better of me, I found myself signing up. But when I arrived a few hours later, I discovered it was just me and the running instructor. She was a young girl, no older than twenty, who was dressed from collarbone to ankle in immaculate Lycra and startling white trainers.

‘Hi there!’ she shouted, in the over- enthusiastic manner of someone trying desperately to compensate for the lack of any real clients with the volume of her own voice. ‘So, it’s just the two of us today,’ she said with a pained rictus grin. ‘We have two choices. We can either run round the island with the route I had planned for today’s group, or . . . ’ and her eyes lit up at this point, ‘we can use the track down the way. I can look at your running technique and then we can go for a run!’ She looked at me in the same hopeful way my dog does when I’m putting on my shoes.

Look at my running technique? Either you can run or you can’t, surely? It’s one of those things, a bit like curling your tongue into one of those horrific fleshy cigarillos some people demonstrate at parties. It’s a knack you either have or you don’t. Besides, I was a pretty good runner. I was 100- metre county champion at eleven. I’d been running since I was knee high. I kept my hands as flat and rigid as an ironing board when I ran, my knees high, my stride long and strong.

I didn’t need coaching on how to run. And yet, I felt bad. It occurred to me that I was probably her only customer of the entire season. ‘OK,’ I said. ‘I guess you can look at my running style.’ And so off we headed. She started by having me run up and down the track, making little notes every time I passed her.

Sometimes she would frown, other times she would nod approvingly. It was all very odd, until, when I eventually stopped, breathless and sweat- soaked, she turned to me and told me the following:

1. My elbows reared out when I ran. They needed keeping much closer to my body.
2. Did I realise I looked at the ground, not at the space in front of me, when I was running?
3. Oh and I was a bit flat-footed – my feet dragged against the ground. That would make running much harder.
4. And one last thing . . . my knees bent inwards. Had I ever had any knee issues after running? (The answer was yes – for years!)

The list went on and on, my jaw slackening every time she added a new observation to the list. But here’s the thing, as embarrassed as I was to hear that I’d basically been running like a free-range chicken for the last twenty- five years of my life, it was, she told me, all adjustable. ‘In fact,’ she said, leaning in conspiratorially, ‘you’ll see a difference by the end of this session.’ And she was right. For the entire hour I ran in a totally different manner, mindful of everything she had told me I was doing wrong. I picked my feet up, was aware of my knees, looked straight ahead of me when I ran and kept my elbows so close to my body I feared mild chafing. It was miraculous. I felt as if I had a whole new lightness in my feet. I had always been a sprinter, powering over short distances, but telling myself I could never do anything longer than ten kilometres. But after that session I started to run greater distances. Now I can run for miles and I no longer have searing knee pain. And to think, all this happened because I whiled away a dead hour taking feedback from a girl I felt sorry for.

Get out of your comfort zone and buy your copy of The Discomfort Zone: How to Get What You Want by Living Fearlessly here. 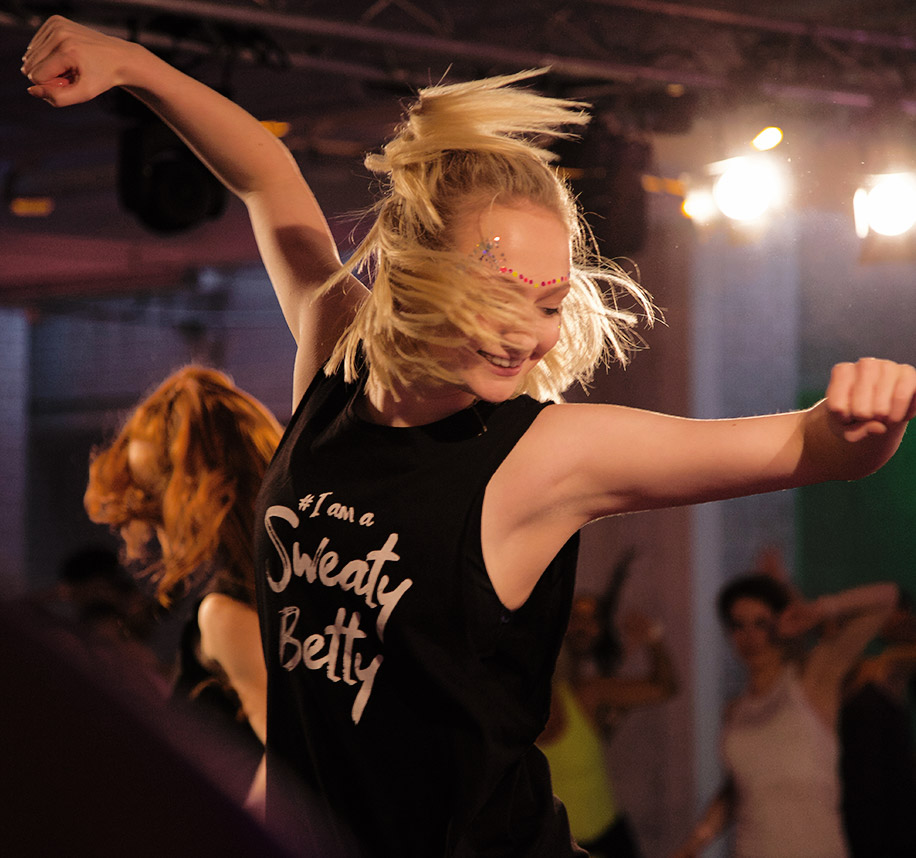